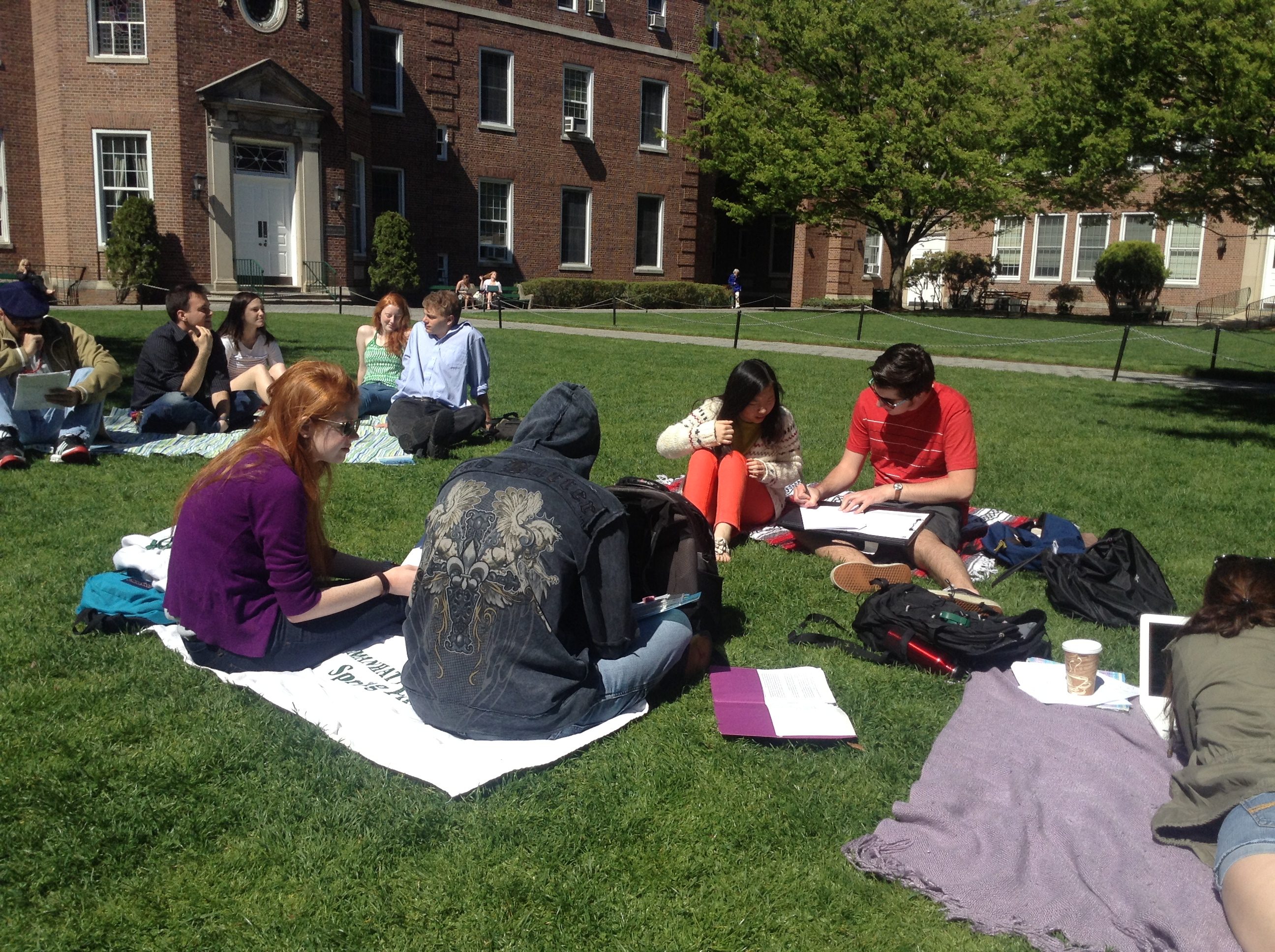 When I started my position at Manhattan College, I was hired to play three roles: Assistant Professor of English, Director of Composition, and Director of the Writing Center. I was fresh out of my PhD at UW – Madison and when I got to Manhattan I was excited. Of course I knew that I was walking into a heavy administrative role (and as a junior faculty member), but – how do I say this? – I like building things. I don’t know how else to put it. And I loved that this position asked me to bring some programmatic vision. So I got to work straight away. One of the first things I did, with the help of the English department, was to externalize our Writing Center from the Academic Support Services office, where tutoring in writing was offered alongside tutoring in math, history, etc.: a one stop shop for students looking for extra help. Over the course of two years I established an independent budget, hired twice as many tutors, gained a new space on campus (far more visible and accessible to foot traffic), set up workshops, and pretty much copied everything I learned from Brad at UW – Madison. When we opened our new full-time and independent Writing Center we helped over 300 students in one semester. That was almost a three hundred percent increase.

But a part of me knew that this wasn’t sustainable. We had successfully established a full-service Writing Center. I was training the tutors, hosting staff meetings, teaching workshops with faculty from disciplines across the college, trying to stay on top of reading session summaries, conducting professional development, and putting out the occasional Writing Center fire. And I also had my Director of Composition responsibilities. Not to mention my teaching. And – oh yeah – research. I knew that there needed to be a next phase. And that next phase needed to include more resources. Around this time we had an administrative sea-change at our College: a new President, a new Provost, and a new Dean. Each of them saw the new Writing Center and each of them liked what he saw. Not long after we set up our new Writing Center, the Provost indicated that he thought it would be a good fit in an office he was putting together called the Center for Academic Success. This office, not a duplication of the Academic Support Services office, he explained, would be a kind of Learning Commons on campus where students can get not only tutoring in a variety of areas, but also supplemental instruction from upperclassmen who serve as devoted tutors in particular classes. I said that was something to think about. I called Brad. I talked to my Dean and to the previous Director of the Writing Center (who was at that point a full time faculty member in the English department).

Brad was great. And I’m not saying that because he hosts this blog. I’m saying it because, well, the Writing Center Mailing List responses were terrifying. I vividly remember coming to my office one morning, checking my inbox, and seeing that there were over twenty responses to my question about moving the Writing Center into the Center for Academic Success. One of those responses was several paragraphs long and told a tragic tale that many of you have probably heard already: a faculty member who was also hired to serve as the Director of the Writing Center went through the same thing I was about to go through. There was a power grab for the Writing Center. It was folded into a Learning Commons. All independence that the Writing Center once had melted away. And it resulted in her having to leave her institution.

Which is exactly what happened.

I wish I had thought of that one.

At many institutions this may not be the way to go. But what this has provided Manhattan College is undeniable: appropriate resources for a Writing Center that serves writing across the curriculum from an office uniquely suited to do so. Our new Director attends conferences and hosts outreaches on writing across the campus. As a result, working as a Writing Center Consultant has become the most popular job on campus. While some people (faculty included) may not know what the Writing Center does exactly, there is no stigma attached to going. Our numbers demonstrate growth – not just active use, but growth. More people use the Writing Center each semester than the semester before.

7 Replies to “A Tale of Two Centers: Writing Centers and Learning Commons”