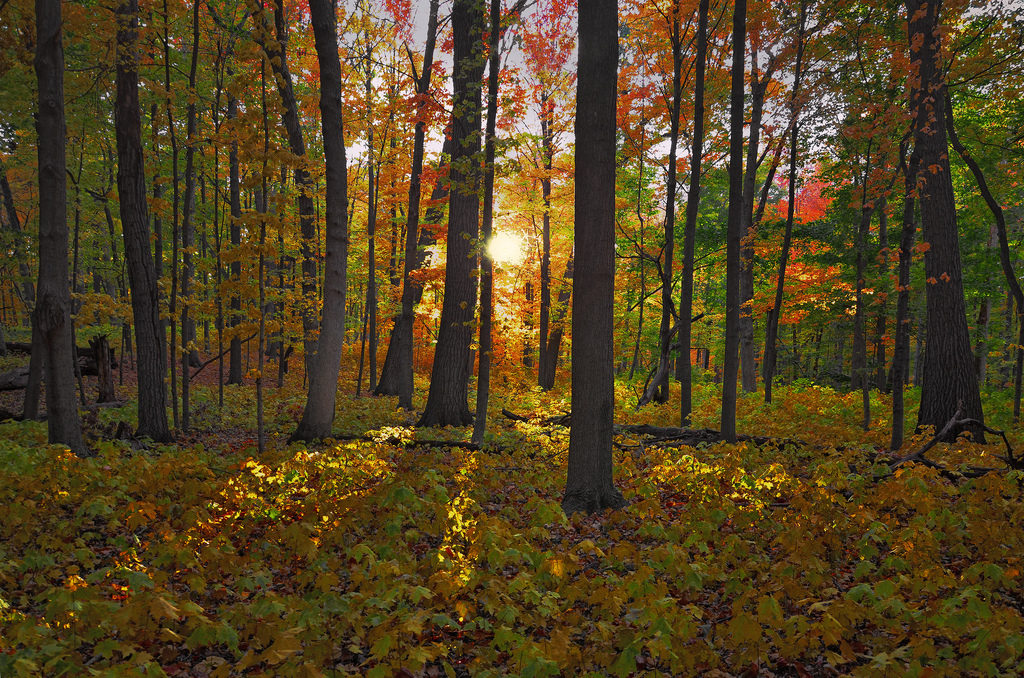 Chris is a PhD candidate in Composition and Rhetoric at the University of Wisconsin-Madison.  His research interests are in intercultural rhetoric and the political and ethical dimensions of rhetoric and writing.  He was a tutor in the UW-Madison Writing Center during the 2011-12 and 2012-13 academic years.

Veronica, a dissertator from the Spanish Department, and I worked in the UW-Madison Writing Center weekly during the Spring 2013 semester on her dissertation proposal and related writing.  One of the things that was so interesting about our work together was that she wrote her drafts in English but she’d ultimately translate them into Spanish for her advisor. I often found myself wondering how much of the work we did carried over to the Spanish product, or if much of it was lost in translation.  Recently, I met up with Veronica to find out more about her writing process and we had a conversation about writing between and across languages and about how every writer needs a reader.

Chris: Will you tell me about your language background?

Veronica: I was born and raised in Mexico. My first language is Spanish and I learned English in college—my B.A. is in English.  Even though I went to college in Mexico, for three years all my classes, readings, and papers were in English.

That’s one part. The other part is that I was learning French at the same time. So I spent the same amount of hours learning French and English.  By my fifth year—because it takes five years to earn your degree in Mexico—I would say that I was equally fluent in both languages.  I didn’t like English as much, so all my work was in French.  I actually thought I was more fluent in French.  That’s not the case anymore—my French is not comparable to my English.

C:  Did you come to the U.S. for graduate school?

V:  Yes. I came to improve my English—that was my goal: to immerse myself in the language, to understand how certain things work, because I honestly see language as something related to the culture—to the way people think, the way people behave.  This also affects my writing and my translations because I am always thinking “what is the right word I am supposed to use in this context.”  So, I knew I had to come here and experience how people were using the language, and when they were using it.

C: You are currently a PhD student, a dissertator in the Spanish department. And your research actually requires you to work in three different languages?

V: Yes. I look at texts in three different languages: English, Náhuatl, and Spanish because most of the research and writing that is being done (in the U.S.) is in English and some of it is done in Spanish, as is the case with many of my secondary texts.  My primary texts are in the indigenous language, Náhuatl.  So, I was learning this language this summer and I am still trying to understand how it works and move those ideas into my Spanish reading of these texts.  Before that, I need to work them into my English reading of those texts [laughter], so that I can come to the Writing Center.

C: For those who may not know, Náhuatl is indigenous to where?

V: Mexico. It was the general language or the lingua franca in the sixteenth century.  It was what the Mexicas, or the Aztecs, used when they were in charge of the region.  And it was the language that the Spanish used and continued to use through the sixteenth and seventeenth centuries to communicate with the indigenous people.

C:  So, the primary texts you research are in Náhuatl, your scholarly work is in Spanish, and you write in English so that you can come to the Writing Center?

V: Yes, yes.  Actually, the process is first English and then Spanish.  It’s easier to organize my ideas in English—I find it to be a more organized language.  And when I started the process [of the dissertation] I wanted to come to the Writing Center.  I always used the Writing Center for my classes when I had to submit papers in English, so I had previous experiences and I was like, “Okay, I am going to do it.”  I knew I had to write in English to do so, so I just write in English first!  It’s easier.

C: That’s really interesting.  Last semester you and I worked together in the Writing Center on an ongoing basis, focusing on your dissertation proposal.  Can you talk about the experience of coming to the Writing Center, both in terms of what your goals were and what ended up being most useful?

V: Okay. I was hoping to have kind of a schedule to follow, and to have someone to read my stuff, forcing me to have something written for the weekly appointment.  What it gave me was a lot of structure.  It helped me think in a way that I was better able to organize my ideas because I knew someone was going to read them.  As we have talked about before, there was a point when I would say “what is Chris going to say?” He will say this transition doesn’t work, so I need to use this one.  Or, Chris is going to say these ideas don’t connect.  So, you know, I was thinking ahead about what you were going to say—which sometimes worked, sometimes didn’t.  But it really helped me with the process of writing.  A lot.

C: So you would write in English, bring it to the Writing Center, and then ultimately translate it into Spanish for your advisor.  What was the process like of translating your work from English to Spanish?

V: It’s like a mental exercise.  Because, when I was done in the Writing Center, I would have a pretty good English draft, and having something that looked “finished” made me feel like all I had to do was translate it into Spanish.  But the process was not that easy or simple; it still took me about two weeks to write 10-12 pages.  It was an intensive process because the ideas can’t be expressed in the same way in the two languages, and just my first paragraph—one I really liked in English, one that sounded like a published article (it sounded really good)—sounded really bad in Spanish.  I wouldn’t say I had to completely re-write everything, but I had to change the narrative of the project.  By page four, I realized that in Spanish it was not saying what I needed it to say. So, I started “re-writing,” every single paragraph, reorganizing sentences, changing transitions; some ideas worked better in different places in Spanish. I felt that I had to get my readers interested in different ways.

C: That raises an interesting question for me, and this is something I would think a lot about as we were working together: we spent most of the time working on the conceptual level—clarifying ideas, your main argument, and so on.  Of course, sometimes that required us to work on the sentence level—asking questions like “what do you mean here?” and “how do the various sentences and ideas connect?”  But, it sounds like you had to rework all of that as you translated into Spanish.  So, was the work we did in English still useful, or, how well did that work translate into the Spanish?  Did you have to go back to the drawing board?

V: No, I didn’t have to go back to the drawing board. The work we did still really helped because it still forced me to ask myself how I could express an idea—in English and in Spanish.  The ideas were always clear in my head, but as a reader, you would often have a different reaction, and so it forced me to always ask how I needed to express the idea for particular audiences.  The idea is the same; I just have to phrase it in a different way.  So, even while translating into Spanish there was the Chris voice, “how do you get from point A to point B?”

C:  Well that’s good news!  Did other aspects of the work we did in the Writing Center or of your English writing in general not translate as well?  Were there certain things that didn’t show up in the Spanish?

V:  There were a couple things. More at the fluency level.

C: Do you mean flow of ideas and cohesion?

V: Exactly. I had to move sentences around because it sounded better. Transitions were difficult.  It was not as easy as I thought it would be. Really, when I read my English and my Spanish versions, they look like two different versions, but I know that the core is the same.  I still had to go through like six drafts after my initial translation, and that is why [the two versions] are so different.  In my mind, my English draft was almost complete, but there was still a lot of work that needed to be done in Spanish after the initial translation.

C:  You ultimately submit your work to your advisor in Spanish, and that’s how it will be in your dissertation and maybe in published work.  With that in mind, do you have readers, other than your advisor, who read your work in Spanish and give you feedback?  If not, would such a reader be useful and how so?

V: Oh, no, I don’t have any.  But I would benefit me a lot if I had a person, like someone in the Writing Center who knows the Spanish—that would be great.  At this point, for instance, I am almost done with my first chapter [of my dissertation], and since the writing process was in Spanish, I haven’t had anyone to give me feedback on my Spanish version! Because I often start writing in English, an English inflection remains in my Spanish translations.  I don’t see this, but people who read my work in Spanish often do.  These readers also tend to say I need to explain my ideas more thoroughly—due to differences in the economy of English and Spanish.

C: It sounds like that when you translate from English to Spanish you’re not only trying to convey the same ideas but that you have to consider various conventions of English and Spanish written language?

V: Exactly. That’s the thing I have to consider: who is going to be reading this in Spanish?  Are they going to understand this short sentence the same way that Chris did in English?

C: Okay, one more question!  I’d be really interested to hear about your decision to write in English even though you’ll ultimately submit your work in Spanish.

V: The Writing Center.  I had a great experience with it when I was writing for my classes, and I wouldn’t have that opportunity if I were writing in Spanish.  Yes, it’s more work for me, but what I get out of the Writing Center is worth way more.  It’s also helping me with my linguistic abilities, my thinking processes.  The Writing Center gave me a second voice—when you are writing your first drafts, you always need—or I personally need—someone to read it, like a peer.  Where get to at least come and explain to you what my project is.  Having that support is priceless.

11 Replies to “Lost in Translation? One Dissertator’s Experience Writing across Languages”