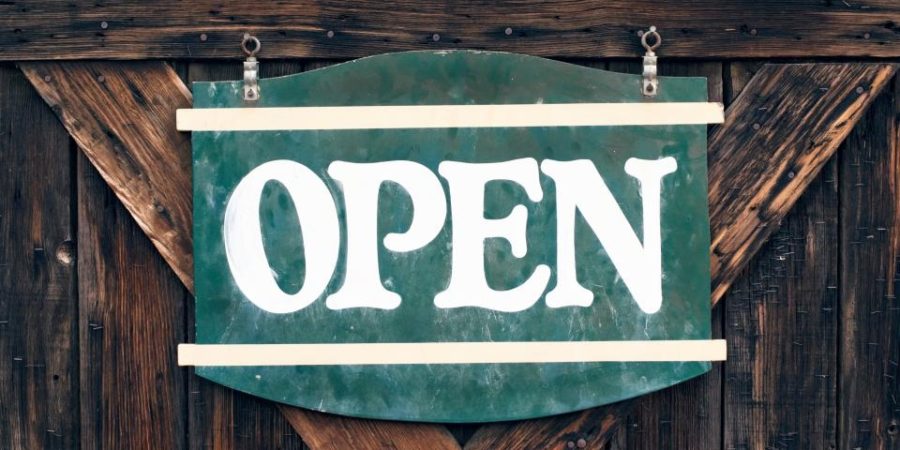 Upon graduating from UW-Madison with my Ph.D. in Literary Studies in 2010, I took a tenure-track position at Rockland Community College (RCC), one of the 64 institutions in the State University of New York (SUNY) system. My specific job description combined the teaching of writing and literature with a partial course release to direct RCC’s writing center. Having served as the Lead TA at the UW-Madison Writing Center from 2009-2010, I was well prepared for my writing program administration responsibilities. However, I knew virtually nothing about community colleges. I’m ashamed to admit that as a high school student, I embraced the persistent stigma against two-year institutions. As my personal values evolved during college and graduate school, I learned to appreciate the democratizing power of community colleges—but without any personal experience to rely upon, that appreciation remained theoretical until I was hired by one.

In September of 2010, I walked through the doors of RCC to begin my career. At the time, I thought I might possibly “write my way” into a job at a four-year institution within a few years. Within months, however, I had fallen head over heels for community college work. The students won me over. My students work so hard—not only in school, but also outside it. Most have at least one job; many have two, or even three. They range from ambitious high schoolers, to undecided and/or financially savvy recent high school graduates, to adult learners. Some join RCC’s Honors Program, which I currently chair. Others begin in developmental English courses. Many receive state and federal financial aid. Others are undocumented and ineligible for most kinds of financial assistance. No matter who they are, they can find a home at RCC.

Community colleges offer open doors when many others are closed. This ethos of openness is simultaneously powerful and challenging. Anyone may walk through the door, but too many students walk back out again. In his 2008 paper published while he was the director of the Community College Research Center, Thomas Bailey (now the president of Columbia University’s Teachers College) points out that “while community colleges have done an excellent job of providing access to college, many students who initially enroll never earn a credential” (27). One example he offers is the data collected by the National Center for Education Statistics on a cohort of students who graduated in 1992. Almost 20 percent of those who started at a community college dropped out before earning 10 credits. The intervening years have not offered substantial improvements, though there are some exciting and innovative movements afoot to change this narrative, such as Achieving the Dream and Guided Pathways. By in large, however, retention and completion rates at community colleges remain notoriously low. An open door works both ways.

Recently, New York has taken some important first steps toward helping college students persist. The Excelsior Scholarship provides “tuition-free college at New York’s public colleges and universities to families making up to $125,000 a year.” The Excelsior is a wonderful resource, but it only addresses part of the problem for part of the student population. Undocumented and international students are not eligible for the scholarship, and costs such as room and board, course fees, and textbooks are not covered by Excelsior funds. At a community college, where most students live at home and commute daily, the high cost of textbooks is especially problematic. RCC’s tuition is $ 2,373.00 (for a county resident) per semester. If a student must pay at least $600 per semester in textbook costs—easily done when the macroeconomics textbook is $200, the statistics textbook is $100, the psychology textbook is $125, and the biology textbook is $180—they are paying at least 25% percent—one quarter—of their tuition on course materials. For many students, these costs are prohibitive. The choice between paying your monthly rent and purchasing your textbook isn’t really a choice at all. Many of my students can’t buy all their books, and because their work schedules don’t mesh with the library’s hours, they can’t use the reserves, either.

Fortunately, there is a pedagogically exciting solution to this dilemma. In the same press release in which Governor Cuomo announced the Excelsior Scholarship, he also announced an infusion of $8 million into both the state university system (SUNY) and New York City’s university system (CUNY) to fund the creation and adoption of open educational resources (OERs). As defined by UNESCO, “Open Educational Resources are teaching, learning or research materials that are in the public domain or released with an intellectual property license that allows for free use, adaptation, and distribution.” MIT led the OER charge in 2001 with its Open Courseware site, which has made most of the university’s curriculum accessible for free online. Other institutions have followed suit. Rice University houses OpenStax, a not-for-profit initiative that has developed a variety of peer reviewed, openly licensed (and freely accessible) textbooks on subjects from astronomy to chemistry to statistics. When a professor teaching Introduction to Psychology decides to ditch their $200 commercially published text for the free and peer-reviewed OpenStax psychology text (available as a PDF or in print), they help their students succeed by removing the barriers to accessing course materials. At my college, the work of converting to an OER curriculum (or creating OERs from scratch) is faculty-led and spans disciplines from chemistry to English to sociology. In 2017-2018, the first year of SUNY/CUNY’s OER initiative, students at RCC saved $151,400 on textbook costs. While it is too soon for us to prove a clearly causal relationship between OER-adoption and both student success and retention, my colleagues and I are cautiously optimistic that our OER work has made a positive impact.

But open educational resources are not a silver bullet. They have some clear drawbacks. Test banks (for relevant disciplines such as the sciences, social sciences, and mathematics) are non-existent or limited (though growing). The same is true for data analytics on student performance. Some intriguing solutions do exist, such as delivering an open text through software created by ed tech companies (e.g. Lumen Learning or panOpen) that provides capabilities like analytics and annotation, but these solutions involve some cost, and cost is a barrier.

Other challenges to OER adoption are discipline-specific. Those of us who teach composition and literature are faced with two distinct hurdles as we contemplate “converting” to open educational resources. First, even if we are teaching texts in the public domain, those texts may require a scholarly apparatus to be intelligible to our students. I love the Open Source Shakespeare project with all my heart, but both I and my students need an introduction, glosses, and footnotes to understand the Bard. Second, many of us must use copyrighted materials. It’s simply not possible to teach a course on contemporary literature using only open educational resources, because the texts themselves have all rights reserved. As a published novelist, I’m a big fan of “all rights reserved” and I jump for joy every time I receive a royalties check. As a teacher who cares deeply about making a high-quality education accessible to all, I want to maximize the amount of openly licensed materials in the world.

One way to maximize the “power of open” is to make a commitment to use openly licensed or public domain texts whenever possible. When faced with the need for a scholarly apparatus where none exists, we can invite our students to fill these gaps. This is the heart of open pedagogy, which posits education as a communal act of sharing rather than a top-down, narrowly regulated dispensation of wisdom from expert to novice. Robin DeRosa, an English professor at Plymouth State University, has been a pioneer in moving beyond “open educational resources” to “open pedagogy.” In her blog post titled “Open Pedagogy at the Program Level,” she defines open pedagogy as a practice that:

DeRosa, an early Americanist by training, began experimenting with open pedagogy when she realized that the students in her American literature survey course were paying $85 for a commercially published book that contained texts written between 1400 and 1800, all of which were in the public domain. Over one summer, she hired a small group of students to help her create an openly licensed textbook through Pressbooks. Most of that summer’s work involved selecting, organizing, and editing the texts. When she began using this free and open book in the subsequent fall semester, her students were grateful for it, but they needed support as they worked with the challenging material. In “My Open Textbook: Pedagogy and Practice” DeRosa describes how she addressed this need:

What the book still lacked, which my undergraduates really wanted, was the front matter that is conventionally included at the beginning of each text, which generally provides historical and biographical context to help students engage more fully with the primary documents. So students in the course signed up to create these introductions as we went through the course. Generally, they submitted them in time for the class to use them when we covered the text in the syllabus, but they also often revised them after we discussed the text in class if they thought they could improve them.

This is open pedagogy at the course level, in which students are empowered to become co-editors, co-teachers, and co-experts with their professor. Asking students to contribute annotations to a public domain text is easy to do with the free software Hypothes.is. Requiring students to become experts in the historical context, biography, or methodology of an author can generate content that may be recursively “fed” back into the course to benefit the next semester’s cohort.

In my own teaching, I have begun to experiment with these techniques. Last semester, I supervised an independent study in which the student designed a unit for College Writing II (writing about imaginative texts) around the theme of ethics.

The student and I worked together to choose relevant texts in the public domain (e.g. Measure for Measure, Frankenstein, The Picture of Dorian Grey, Heart of Darkness), and he then wrote introductions and critical thinking/writing questions for each. Whenever possible, he supplemented this work with links to relevant websites and YouTube videos. The product was a student-designed, fully-OER curriculum. In the Spring 2019 semester, I will teach his curriculum in my Honors section of the course. The impact of this student’s independent study will ripple out far beyond the three “applied learning” credits he received for his work. His curriculum will be made available to all English faculty members at RCC (and beyond), sparing overextended teachers the need to create OER content. And his peers will no longer need to pay $50+ for the commercially published anthology traditionally used in most sections. Win-win-win.

As both my and DeRosa’s examples indicate, open pedagogy hinges on the “writing to learn” movement and is applicable in all disciplines across the curriculum. It participates in the disruption of Freire’s “banking model of education” and empowers students to take ownership of their learning process. Simultaneously, this work advances social justice by lowering and dissolving some of the traditional barriers faced by our most vulnerable students, including the high cost and limited accessibility of course materials.

At its core, the practice of open pedagogy is the practice of having faith in our students. When we trust that they can and should be our active colleagues rather than our passive vessels, we “open” a space in which meaningful and transformative learning becomes possible.

One Reply to “The Power of Open”