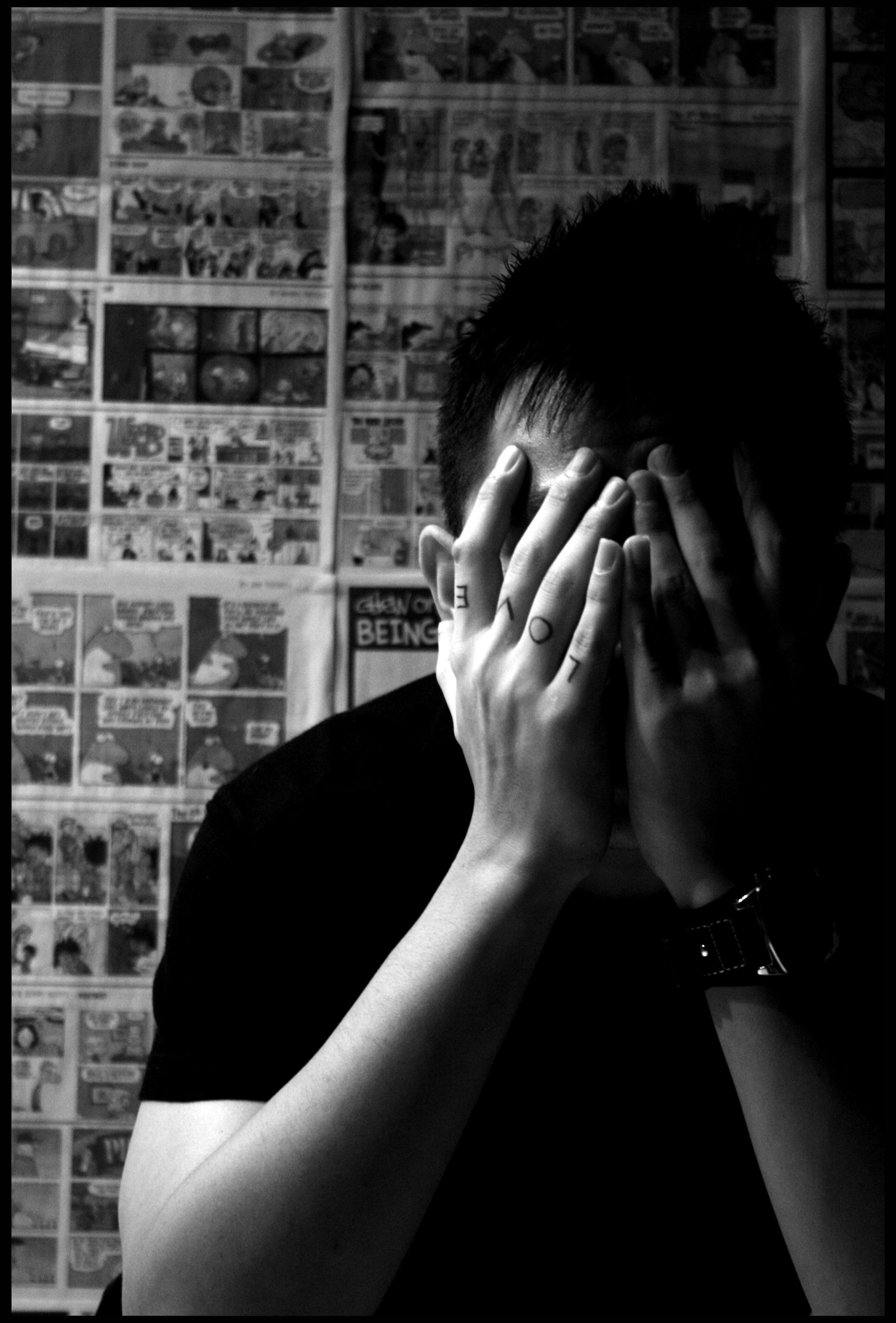 By Lauren Vedal. Lauren Vedal was a tutor at the UW-Madison Writing Center from 2004-2009. She is now the Writing Specialist in the Humanities at Bates College in Lewiston, Maine, where she provides one-on-one writing consultations for students and support for faculty who want to better incorporate writing instruction into their courses.

Shame and Writing
I’ve been thinking about shame and writing. As writing tutors, we consider writers’ shame not infrequently. Writers sometimes explicitly express shame about their “bad writing,” and there is shame implicit in the vulnerability of sharing one’s writing-in-progress. But I’m interested in taking another angle on shame—shame as it relates to earnestness.

My idea emerges out of reading Elspeth Probyn’s “Writing Shame.” She writes candidly of her own anxiety:

It dawned on me that I was experiencing the terror of not being equal to the interest of my subject. The idea that I would not interest readers triggered what seemed to be a mixture of fear and shame. There is a shame in being highly interested in something and unable to convey it to others, to evoke the same degree of interest in them and to convince them that it is warranted. The risk of writing is always that you will fail to interest and engage readers. Disappointment in yourself looms large when you can’t quite get the words right or get the argument across. Simply put, it’s the challenge of making the writing equal to the subject being written about. . . . To care intensely about what you are writing places the body within the ambit of the shameful: sheer disappointment in the self amplifies to a painful level. (72-73)

Probyn comes to this realization when her shame and fear about her writing make her physically sick. In the writing center, shame manifests itself in a wide variety of “ills” that students present to us, their tutors. From paralysis and writer’s block to frustration that disjointed ideas aren’t coming together, shame is often at the heart of students’ motivation to come see us. Conversely, shame can make it hard to ask for feedback in the first place.

Part of what we do as tutors is to ease shame. We reassure students that their struggles are, in fact, normal. Writing is hard. Writing well is really hard. I propose, though, that part of what we do, as readers, is to be shamelessly interested.

It takes guts to be interested. Here’s what I mean: In a recent New York Times editorial, Christy Wampole discusses the current cultural embrace of irony, embodied most visibly in the figure of the hipster. She writes, ironic self-expression “signals a deep aversion to risk. As a function of fear and pre-emptive shame, ironic living bespeaks cultural numbness, resignation and defeat” (“How to Live Without Irony”). She goes on: “Moving away from the ironic involves saying what you mean, meaning what you say and considering seriousness and forthrightness as expressive possibilities, despite the inherent risks.” What better description of good writing?

As tutors, we are decidedly un-ironic. For both our praise and advice to be meaningful, it must be sincere. This is not news: how many times have you said something like “Wow, that’s really cool! Tell me more about this” and a student has picked up on your enthusiasm and become more interested in her own argument in turn?

Our shameless interest models the investment necessary for good writing. Moreover, our unabashed curiosity eases the potential shame for paralyzed writers or writers embarrassed by the scattered state of their drafts or ideas. After all, there’s nothing to be ashamed of if your audience is equally interested in what you have to say, interested enough to go with you into the messy confusion of your thought process.

Resistant Writers and Cultivating(?) Shame
What about writers who seem resistant to our interest and our advice? These situations may be less obviously linked with shame. I want to make the case, however, that in the writing center we cultivate openness to shame. This might seem counterintuitive since shame can inhibit writing. I’m not suggesting that we shame students. Far from it, I’m thinking we guide students to peer at shame through a small window, one they can step back from so that they can get to the work of improving their writing (the reason they came to see us, after all).

For example, we see students who don’t express interest in their topics. There may be a variety of reasons for this. Students choose their classes in response to many requirements and pressures, not sheer interest. The course topic, the professor’s approach, the assignment cannot speak to every student, and a student may be justifiably uninterested. It is also possible that disinterest is a protective, distancing act much like the ironic posturing of Wampole’s hipster. How often have you encountered a student who has rejected the topic that interests her in favor of one that would be “easier”?

From this perspective, our position as interested readers can be generative. Of course the professor teaching the class is interested in the topic—that’s the whole point (if they aren’t, that’s another issue and one for another blog). But as tutors, we have no investment in the course topic; we are the “general reader.” And, again it is our job to be shamelessly interested. To return to Probyn: “Shame forces us to reflect continually on the implications of our writing. . . . [W]riting shame is a visceral reminder to be true to interest, to be honest about why or how certain things are of interest” (73). Now, Probyn is referring specifically to writing about shameful experiences, but her words ring true for writing of all kinds.

To give an example, I recently met with a student who felt very negatively toward her assignment. The first half of our conference was devoted to how she felt the assignment was arbitrary, how she felt stonewalled by the professor, and how she really wanted to get this paper out of the way so that she could focus on her other courses. We put the assignment aside and I asked her about the reading she was supposed to respond to. She had a heated response to reading; for her, it was connected to her choice of major and her political views. But every time we tried to link it to the assignment, she’d get stuck. She left clearly articulating her position on the reading, but without a clear plan for the assignment. Hours later, I bumped into this same student in the library; actually, she called out my name and ran across the library lobby. She wanted to tell me that she had been working on her paper nonstop since we had met and that she had a great idea for how to address the assignment. Because the reading mattered to her, the assignment became an absorbing problem rather than a distraction from her other work.

This brings me to an uncomfortable paradox. If much of what we do is to ease writers’ shame, to what extent do we—or should we—cultivate in students an openness to shame? After all, to be interested in your topic is to be open the possibility of failure, of not “making the writing equal to the subject.” As the student becomes more interested, he’s also more likely to face that fear that his words will not do justice to his idea. I am now rethinking how often I say “it’s so much easier to write a paper when you are interested in the topic than when you don’t care.” It is. And it isn’t.

The second example I’d like to think through is the student who is resistant to revision. In workshops on revision, I ask students to tell me honestly why we don’t revise. We know we are supposed to, we’ve been exhorted to since high school (if not before), and still we resist revision. Of course, the list includes procrastination, lack of time, etc.; however, time and time again, students say something along the lines of “I don’t want to look back at it. I know I’ll find things wrong with it.” What is this, if not the shame of disappointing themselves? For some students, looking at the draft in the clear light of day reveals that what is on the page is not as good as what they remembered writing. Other students believe themselves to be poor writers and don’t want to confirm their worst fears. Still others have not been able to put in the time they know they should, and they know that what they have produced does not reflect their knowledge of, or interest in, the course material.

This resistance to looking at what they have written persists, even when students bring their writing to the writing center with the intention to revise. In guiding students to look back at their writing, really look at it, we are opening them up to shame. Still, what I am arguing is that a writing tutor provides support as students face that possibility of shame. We might push them to face it, to peer in that window, but they aren’t facing it alone.

Taking Risks
While there is the fear of disappointing themselves, there is also the shame of not having that interest reflected by the target audience, the professor. Many students understand the final grade as the reflection of that interest. Caring about a topic, working very hard to write about it, and getting a grade that doesn’t reflect that level of care and work, can be shaming.

Ultimately, this is about taking risks. Shame is arguably the most painful human emotion. But pain is not fatal. In the end, maybe I am thinking of yet another way in which we scaffold student learning. While we can’t control the final product or the grade, by providing a reflection of interest, we act as a kind of buffer to the intensity of shame. Students can do the initial work of getting curious and excited about a topic and then face the frustration of “but how do I write that?” in the relative safety of the writing conference. This is a safer dose of that pain, building up student tolerance to risk taking and the potential pain of failure.

I believe, Probyn would concur when she writes, “The blush of having failed to connect with readers should compel any writer to return to the page with renewed desire to do better—to get better—at this task of communicating that some of us take on” (89). And, indeed, what better encapsulates the pedagogy of writing centers than helping writers return to the page and get better?

8 Replies to “Shame and the Writing Center”