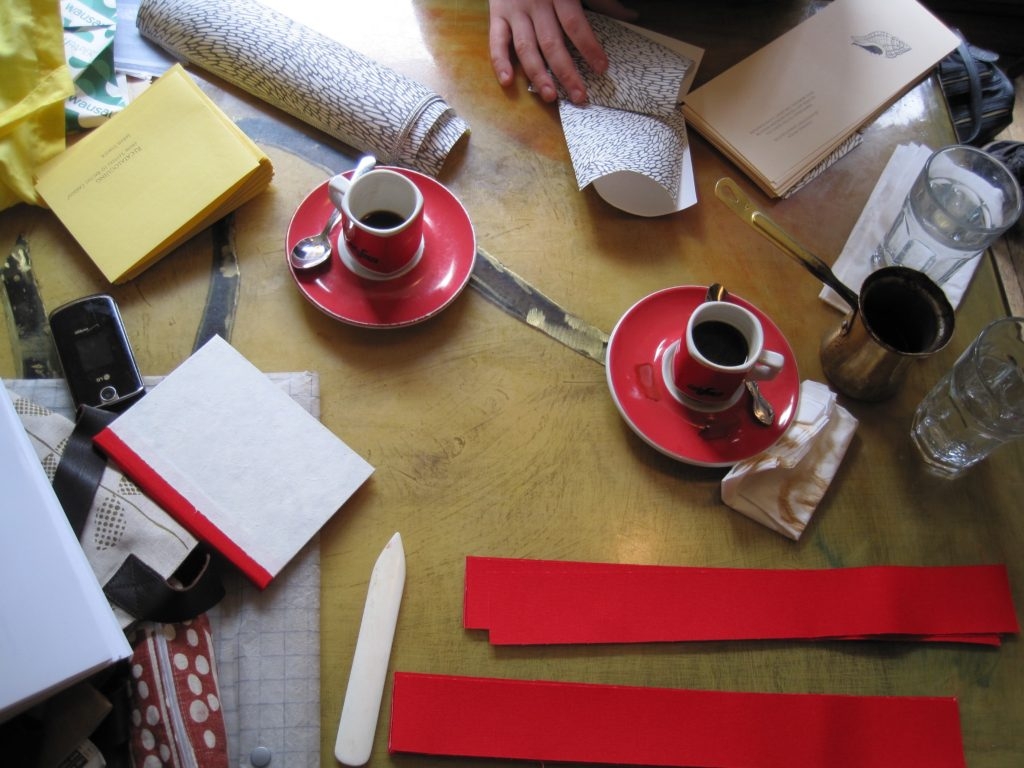 Last winter, during a late afternoon appointment, a graduate student in the history department asked me how he might make the final chapter of his dissertation more compelling.1  We’d already discussed what I think of as skeletal concerns: the order of his paragraphs, the clarity of his topic sentences.  We’d already examined his thesis and his conclusion for coherence.  I asked if he was concerned that the intellectual contribution of this chapter wasn’t sufficiently groundbreaking, that other scholars in his discipline might not feel he was making a substantial intervention.  “My argument’s brilliant,” he told me, “but this chapter is totally dry inside.  I want to write the kind of history that makes people turn pages, to write a story where the characters come alive.  How do you do that?”

A few weeks later, I met with an undergraduate student in an advanced physics course who was trying to condense the caption beneath one of the figures in her lab report.  “The challenge,” she explained, “is that I’m trying to say so much in so few words.  It’s like writing a haiku about a gravitational field.  Each word has to be so precise.”

And this past fall, a senior applying to medical school pulled three crumpled pages of paper out of her backpack.  She spread them on the table in front of us, each one containing a different opening paragraph to her personal statement.  “My academic advisor said the first paragraph needs to give the admissions committee a sense of my voice,” she said.  “But after writing all of these, I’m not sure any of them are me yet.  And I’m worried my voice isn’t the kind of voice med schools like anyway.  I guess what I’m saying is that I need to find a voice.  Really soon.  Before this is due on Tuesday.”

The Creativity of Research

As Cydney Alexis notes, universities often treat creative writing “as if it’s interchangeable with fiction and poetry,” a pursuit wholly separate from the critical analyses and applications that often grace the tables of a writing center.  But as I tutor students writing course papers and academic articles, I can’t help noting that many of their endeavors are, at their core, creative efforts.  I’m as likely to refer a student working on a history of the dairy industry in early twentieth-century Wisconsin—or a student trying to articulate the setting and conditions that produced a particular cancer cluster—to Janet Burroway’s Writing Fiction: A Guide to Narrative Craft as I am to refer them to The Craft of Research by Wayne Booth, Gregory Colomb, and Joseph Williams.  So many of the questions I field as a writing center tutor—Is this a good hook?  Is this the right word?  How do you write a conclusion that feels satisfying but not overly tidy?—serve as reminders of the porous boundary between the creative and the scholarly, the easy slippage between the kinds of writing I focused on during my MFA and the kinds of writing that I attend to here at the UW-Madison Writing Center.

Moreover, writing centers and creative writing workshops both cultivate a sustained attention to writing as a craft—writing as a practice, a labor, an art.  They are places where a writer’s development is undertaken as a communal effort, where people believe that gathering to discuss a draft will allow its author to revise it into a more powerful piece.

Three Ways of Looking at Other People’s Drafts

Given these shared commitments, I want to offer an initial list of the ways in which writing centers and creative writing workshops inform each other, through both their parallels and their divergences:

In both writing centers and  MFA workshops, early drafts are circulated and discussed: there’s an assumption that texts must be tended not only by their authors but also by a larger community of readers and colleagues and teachers.  These exchanges demand a willing vulnerability on the part of the writers, but they also allow writing center tutors and workshop participants the opportunity to impact the development of someone else’s words.  There’s something beautiful, I think, about the act of willingly attending to someone else’s writing, of conversing about someone else’s craft, of engaging in writing as a communal endeavor.