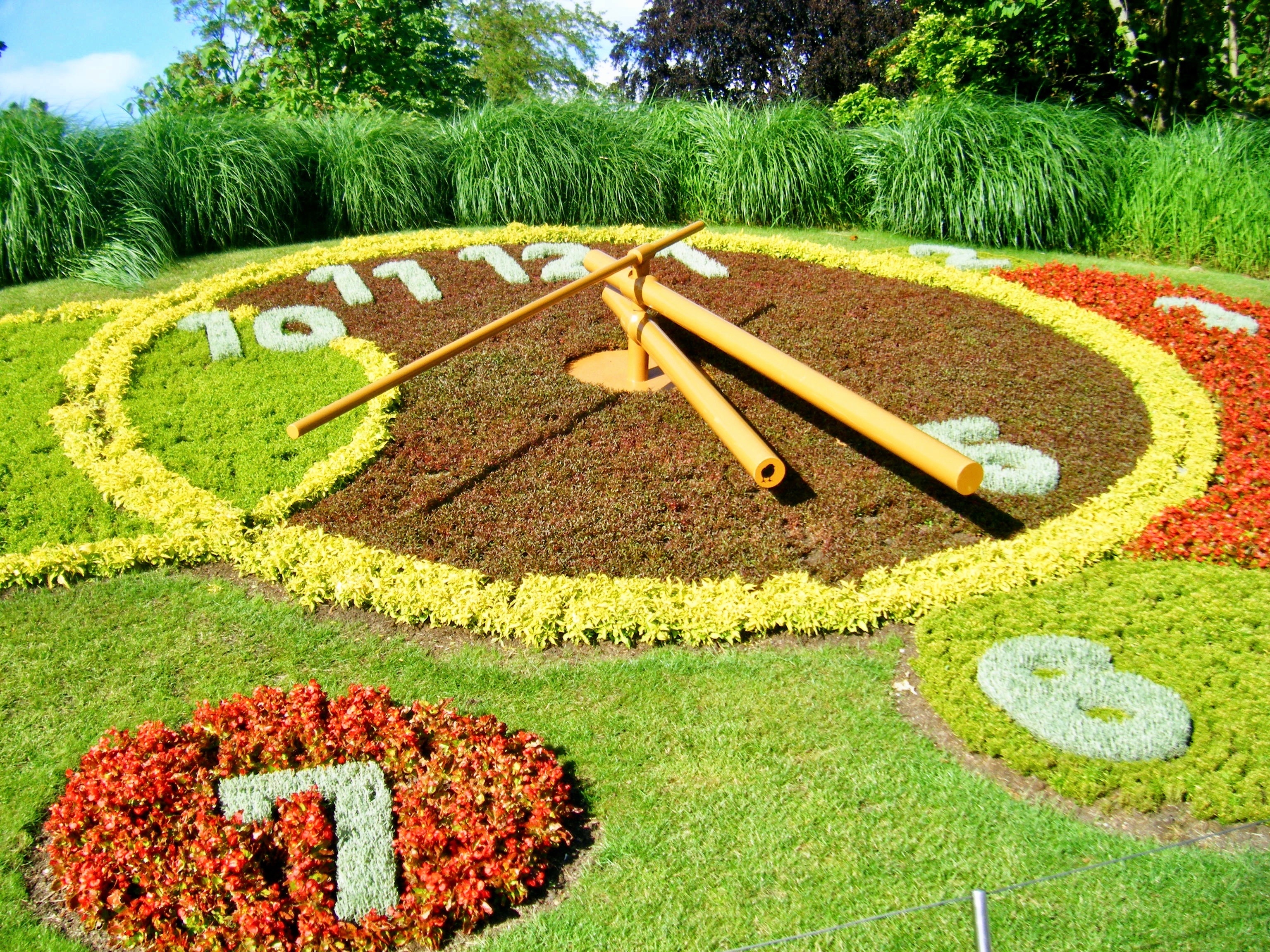 “I may correct an accidental slip (I am full of them, since I run on regardless) but it would be an act of treachery to remove such imperfections as are commonly and always in me.” [1]

In 1588, Michel de Montaigne told readers that, although he was revising his Essays, he would not be “fixing” his book. Montaigne was in the process of publishing a massively revised edition of the book that he had first published eight years before. (This book of “essays,” incidentally, would give us our word for those papers that we see so often in the Writing Center.) In his 1588 revision of the Essays, Montaigne was willing to correct typos or factual inaccuracies, but he was not going to remove arguments or perspectives that, eight years after their first publication in 1580, he no longer supported. To do this would be, he says “an act of treachery.” Montaigne is not interested in using revision to show a perfect, final product—the state of his thoughts at a single moment in time. Instead he shows his changeable, mutable self through his writing—what one scholar has called the “record of his thoughts in movement.” [2] Montaigne uses his revisions to show the open-ended nature of his writing process: rather than closing off possibilities, he shows his branching ideas and the evolution of his thoughts. He shows false starts, imperfections, and change.

For Montaigne, writing, like life, is not as linear as it might at first seem. Montaigne describes the ever-shifting nature of both his own self and his writing. We do not develop towards an already set end-goal, but rather change: first in one direction and then another. We are shaped by our experiences and we cannot predict our futures. In much the same way, Montaigne’s Essays are not progressing towards a predetermined final revision. Instead, they change as he does. Writing does not always turn out the way that you were expecting it to.

When Montaigne refuses to “correct” his Essays even as he continually revises them, he emphasizes the role of error in his writing process—the role of false starts and of change. Writing, we might say, is an experience of imperfection.

Writing is a deeply inefficient process. By this I do not mean only that writing is slow—although it often is. But frequently, writing is not a linear process from initial idea to final polished piece.

As a writer, I hope to end up with a better idea than the one I started with, but I go down all sorts of labyrinths and dead-ends and culs-de-sac to get there. Writing happens through trial-and-error and through revision. As much as I hope that the end product is better than where I started, there is not always a straight line between my first idea and where I end up. Instead, I try out ideas that don’t work. I end up rewriting sections and even chapters when I get stuck. I differ from Montaigne in that I do tend to erase the imperfections of failed attempts (zigzagging arguments being rather unusual in modern academic writing). Yet my writing process involves all of those kinds of error that Montaigne preserves in his revisions. Not being afraid of getting it wrong is what allows me to write. Inefficiency is part of my process.

So how do inefficiency and imperfection intersect with the space of the Writing Center?

At the Writing Center, the clock’s always ticking. Anne Ellen Geller writes about this in “Tick-Tock, Next: Finding Epochal Time in the Writing Center,” when she describes a series of drawings that her writing center staff had made to illustrate their appointments. All throughout their drawings, she realizes, “[c]locks are everywhere.” [3]

When I meet with a writer, I start the meeting by taking off my watch and setting it between us, so that we can both be aware of how much time we have left and can make informed decisions about what to prioritize. I ask the writer when their paper is due and how much time they have to work on it. I often find myself making internal calculations: How much can I cover in the half-hour or hour that I’m going to meet with a writer? How can I get the writer onto a path that will lead them to success and make their paper as good as it can be in the time before it’s due? What should I prioritize?

Being aware of the immediate needs of our students is important, and Writing Center tutors need to respect that our students have deadlines, jobs, commitments, and limited time to work on projects. We need to honor the time that they have when they meet with us. But are there moments when we can also teach inefficiency?

Perhaps, I want to suggest, when we build relationships with students who we meet with regularly—perhaps especially students who are working on longer projects—we can open up the time to be inefficient. When we know that we have weeks of meetings ahead of us, or that they have months of writing before they finish undergraduate, masters, or PhD theses, we can embrace our extended timeline and can be inefficient, imperfect writers.

What would it look like to model inefficient writing in the Writing Center? How do we encourage students to see the playfulness and open-ended-ness of being inefficient writers?

To start thinking this through, I want to turn to Allison Carr’s 2013 article “In Support of Failure.” [4] Talking about the shame and stasis that she experienced in the face of her own fear of failure, Carr asks us to embrace the possibility—and perhaps necessity—of messing up. Rather than making us fear bad grades or see ourselves as failures if our projects stall, Carr wants to encourage us to see failure as a part of the creative process. “What,” she asks, “if we give ourselves permission to experience failure on its own terms, not as something that exists only in opposition to something else but as something that is present.” Failure can be creatively powerful, allowing us to see new possibilities. She writes: “Failure reverberates. It expands. And it makes visible what we often take for granted. In causing notice, it helps us see that there are other ways of moving through the world, alternative ways of coming to know lived experience.” Error, inefficiency, and failure can create good writing.

Carr proposes a “pedagogy of failure” that teaches students to embrace what happens when things go wrong—a pedagogy that opens students up to the oddity and unpredictability of writing. “What if a pedagogy of failure dropped writers into the wilderness from the start and asked them to make their own path?” Students might, Carr argues, become empowered by embracing the emotional experience of “failing” to write—and finding a way out of that failure. Carr’s consideration of failure speaks to Montaigne’s discussion of imperfection: error is not something that we should be afraid of, but that we should live with.

Carr then sets out a number of writing exercises that teachers might adopt in order to encourage students to embrace the emotional experience and creative power of failure. Although some of these are much more relevant to the composition classroom than to the time constraints of the Writing Center, she provides, I think, a useful starting point for thinking about thinking about how we can model the deeply inefficient practice of writing. For example, she designs an assignment in which students are asked to repeatedly find new ways to say something: “The idea is to get comfortable with ‘getting restless,’ as Nancy Welch might say, by working intently and intensively on the same project, focusing in each draft not on how to say it better but on how to say it differently.” (Carr’s suggestion here echoes Toby Fulwiler’s approach in “Provocative Revision.” [5]) Students are asked to focus not on betterment but on experimentation: they try possibilities that will not all work out, but in doing so, they become less committed to only trying out ideas that work.

This is an exercise that many of us have probably experimented with in the Writing Center: asking students to generate multiple ideas before picking the best one. Recently, though, I’ve been trying to think more intentionally about how we can use this sort of exercise to model the complexities and inefficiencies of the writing process within Writing Center meetings.

Last semester, for example, I worked with a graduate student writer who was preparing a few articles for publication. We met regularly, and in the course of our meetings, we talked about the complexities of the dissertation-writing process, where ideas don’t always go where you were expecting them to. During one of our sessions, we tried out a variant of Carr’s exercise in multiplicity: when we talked about how she was going to organize the next section of her paper, she laid out an outline. Instead of then breaking it down into its constituent parts, though, we then talked about other organizational schemas and figured out one or two alternative ways that she might approach this part of the article. Ultimately, of course, she picked the one option that she liked best, and she drafted part of that section for our next meeting. In our conversation, though, we spent some time considering the possibilities and open-ended-ness of the writing process. We thought about the different choices that she might make. Without departing too much from normal Writing Center pedagogy, we were able to use that meeting to think about her rhetorical goals while also speaking on a “meta” level about how inefficiency is a part of long writing projects.

Modeling the odd twists and turns of developing a project can be a useful pedagogical move, especially when working with writers on long-term projects. This kind of approach isn’t always a good choice and isn’t always possible: students have deadlines and the clock is always ticking. But when we meet with students on an ongoing basis, especially students working on longer projects that will probably lead them in unexpected directions, I’m trying to think about how we can help students see error and inefficiency and, yes, failure as a normal part of the tangled process of writing. Error, Montaigne would want us to remember, is oh so very normal.

For further resources and reflections on inefficiency in Writing Center tutoring, you may be interested in: Brad Hughes’s post “Starting a Slow-Writing Movement”; Erica Kanesaka Kalnay’s post “Play and the Writing Center—From Kindergarten to College”; and Tori Thompson Peters’s post “Let’s Chat: Considering ‘Friendly Talk’ in the Writing Center.” Leigh Elion’s post on composition pedagogy in the presence of the California wildfires, “Teaching in an Emergency: Writing Centers, Wildfires, and What We Take with Us,” offers a different but very necessary perspective on deadlines and writing process, as does Rob McAlear’s post, “Taking the Pot off the Stove: Teaching Students to Stop Writing Well,” about helping our students to be “done” their writing.

Finally, please share your thoughts in the comments. How do you understand inefficiency in your writing and tutoring practices? How might we be attentive to the practicalities of deadlines and writers’ needs while also being attuned to the complexities of writing?