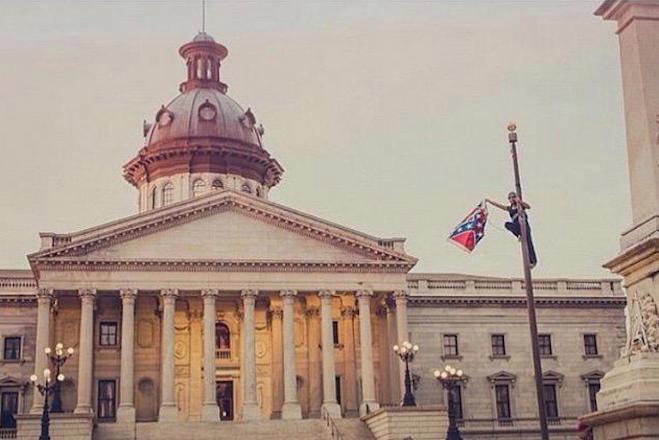 This fall, the Writing Center offered an ongoing education group (OGE) about being an ally versus a co-conspirator in an antiracist writing center, which was co-facilitated by the TA Assistant Director of the Writing Center, Seth Umbaugh, and the TA Coordinator of Multicultural and Social Justice Initiatives, Gabrielle Kelenyi. We assembled a great group of experienced Writing Center instructors to discuss what allyship and co-conspiracy are, how they work in movement-building and community-building contexts, and how these concepts manifest in university and writing center settings. Here, we aim to share with readers a little bit about why this topic is important for ongoing instructor training at our writing center, what happened during our two meetings this semester, and what we learned.

According to our Inclusivity Statement, the Writing Center at University of Wisconsin-Madison aims to “​​provide a welcoming, egalitarian, and accessible learning environment that is committed to affirming social justice and meeting the diverse needs of the entire UW-Madison community.” The ways that instructors are able to enact our writing center’s commitment to inclusion can sometimes seem limited because we operate in this liminal space between students and their instructors, between writers being assessed and readers with significant evaluative power. On the one hand, we’re trained to help students meet the demands of an assignment, no matter what our personal feelings or professional expertise say about that assignment. On the other hand, Writing Center TAs are graduate students—students who intimately understand the frustrations, confusion, and anxieties of the writers with whom we work. In a writing center that is actively enhancing its antiracist practice at a predominantly white institution that occupies stolen land— at a university that was built by legacies of settler colonialism, patriarchy, and white supremacy, among other systems of oppression—understanding how we not only connect with students but also support them in ways that can help dismantle those systems is of the utmost importance. Looking at the affordances and challenges of Writing Center TAs’ liminal positionalities through the lens of allyship and co-conspiracy helped our ongoing education group  delineate how Writing Center instructors can do active antiracism work in our writing center: how can we be allies to students and instructors around writing, and how can we be co-conspirators with students and instructors around writing, especially when writing is so deeply implicated in inequity?

What Happened & What We Learned

To begin to answer these questions with our small but mighty group of Writing Center instructors, we knew that we needed to define our terms first. Thus, our first meeting’s objective was to define “co-conspirator” and “ally.” As preparation, we asked instructors to watch this video of author Dr. Bettina Love explaining the differences between co-conspirators and allies and spend 45 minutes looking at two or more of the following pieces:

Then, during the meeting, we took time to reflect and define these terms individually before drafting definitions as a group and discussing what allyship and co-conspiracy look like (or could look like) in everyday life, on campus, and in our writing center work.

Together we were able to come up with some working definitions of ally and co-conspirator: while an ally acknowledges and empathizes, a co-conspirator takes risks, acts, and engages mutually in antiracism work. Allyship is focused on having knowledge and inclusion—it’s more of a theoretical commitment to equity and antiracism. Co-conspiracy, on the other hand, shares the burden of active antiracism work—it’s a commitment to take action towards abolition, to working with folks from marginalized communities and backgrounds in ways that take on some of the risk of fighting for equity against powerful and sometimes ambiguous agents.

In many cases, the activists and scholars whose work we read define allyship in the negative (i.e., not co-conspiracy). They figure these categories either as consecutive stages in a person’s sociopolitical development, or suggest that each represents a uniform orientation to social justice work. To paraphrase Bettina Love, allies read, but co-conspirators grab the flagpole—a reference to James Tyson’s co-conspiratorial act, which helped Bree Newsome Bass remove a confederate battle flag from the grounds of the South Carolina statehouse in 2015. Importantly, we agreed that allyship and co-conspiracy are not binary, but situational and contingent; these concepts or positions are differently useful in various situations. The group agreed that allyship and co-conspiracy lie along a spectrum, and where a person or an action ends up along that spectrum depends on both motives and outcomes.

The rest of our first meeting focused primarily on the ways that we as Writing Center TAs could act as co-conspirators by taking on risk in our individual writing center practice. To guide this discussion, we asked what Ozias and Godbee call “wicked questions,” or questions that direct our attention to structural paradoxes which cannot be easily resolved. As Ozias and Godbee write, “By asking wicked questions, organizers can seize Trickster moments, exposing the cracks between binaries and the gaps between reified policy and real practice” (167). That is, as our discussion moved from broad working definitions to more concrete writing center examples, we drew on Ozias and Godbee to acknowledge the fact that our writing center is a unit of a predominantly white institution. How can we, as only seven graduate students engaging in this work in this group right now, ever hope to disentangle the Writing Center’s work from the broader context of the University? We took comfort in Ozias and Godbee’s strategy of valuing outliers and positive deviance, which means “to recognize the small, unacknowledged pockets of positive practices and then to build on this local wisdom to make broader change” (165).

Building on this strategy, our discussion organically turned to talking about the explicit and implicit “rules” of writing center pedagogy that positioned us in certain places along the spectrum for allyship and co-conspiracy, how they might prevent us from being co-conspirators, and how we can challenge those “rules,” both in terms of how we train writing center instructors as well as how we engage in our sessions with students. For example, we talked about how we’ve all worked with multilingual students who expressed feeling burdened by professors’ emphasis on grammar and adhering to just one “standard” academic English. As instructors, we struggle with how we’re interpreted as “part of the system” just by students’ wants and needs for help adhering to something we know is false—one “standard” academic English. Helpfully, we identified some of the actions we as instructors take to position ourselves on the allyship/ co-conspiracy spectrum rather than part of the system, namely and most importantly not talking about writing, but simply talking with students—about their classes, about their programs, about their plans for the weekend. Furthermore, our writing center’s inclusivity statement proclaims that “we. . . work to upend systems of disadvantage as they materialize in the power-laden contexts of writing, reading, and literacy by affirming and supporting the unique intelligence each person brings to the Writing Center as they labor to develop their own voice.” We as TAs, then, might co-conspire with students by contradicting instructor feedback—a practice that our training might discourage—that racializes and punishes supposedly “non-standard” academic English, while still offering alternative formulations that satisfy the instructor’s expectations. Risk-taking in our individual writing center practice, then, often means acting in ways that contradict our pedagogical training, but enable us to better realize our shared pedagogical values. Considering these individual risks led us to consider, too, the risks our center could take in co-conspiring with its TAs, such as executing more direct and targeted WAC training for professors who frequently challenge students unnecessarily. We acknowledge, however, that there are many obstacles to making that idea a reality.

To prepare for our second meeting, our group reviewed anti-racism and inclusivity statements from writing centers at other universities to discover how well our values statement aligns with anti-racist teaching practices. To begin the meeting, we asked TAs to reflect on and write about the statements they had read. We asked our TAs to consider the possible intended audience of statements, as well as the statements’ accessibility and tone to determine whether and in which ways the statements encouraged co-conspiracy and allyship.

After TAs completed this reflective writing, we discussed elements of the statements that seemed particularly useful for guiding our writing practice, as well as elements that did not. By reflecting on practice, we were able to articulate values that helped us judge the effectiveness of a statement. For example, a statement which responded to a specific instance of racist violence, but did not outline specific long-term practices appeared reactive and performative to many of our TAs, who preferred statements that emphasized the ongoing development of anti-racist pedagogy.

With such values in mind, we concluded our second meeting by collectively drafting a list of suggestions to present to the Writing Center’s Antiracism Standing Committee to steer our collective writing center practice toward intentional resistance.

By the end of our second meeting, we learned that by leveraging their unique institutional positions—which both implicate them in the historically oppressive practices of universities and free them from the imperative to evaluate—“Writing centers have the potential to reinforce or resist hegemonic ideologies of literacy and to uphold or challenge limited views of academic discourse” (CSUDH Writing Center). The material pressures of writing centers’ institutional in-betweenness complicate the simple choice between reinforcement and resistance. However, instructors and administrators alike must seize the opportunity our institutional positions present.

Our draft suggestions for seizing that opportunity included co-conspiratorial actions like empowering TAs to challenge oppressive and marginalizing feedback from course instructors, providing specific training to help TAs support students who have experienced incidents of bias, as well as promoting actions that emphasize allyship (e.g., using marketing materials to present the Writing Center as a space of judgment-free, nonevaluative support, and as a place to talk about writing struggles beyond the scope of a particular assignment).

The discussions this group of instructors engaged in are one part of the ongoing antiracist effort emphasized in our writing center’s inclusivity statement. Being an antiracist writing center is not an end, just as being a co-conspirator is not an end—they are journeys, aspirations. Spaces for open and honest discussion about acts of allyship and co-conspiracy represent important ways to push our antiracist praxis as a writing center forward. They make room to reflect on and dream towards moves we can make as individuals, as a campus unit, and as a university. Such reflective discussion enables us to identify gaps between our shared pedagogical values and our common practice, as well as draw on the knowledge, experience, and understanding of our TAs.

As Ozias and Godbee suggest by recommending that we value outliers, these conversations hold the potential to reveal best practices that run counter to our pedagogical common sense but are already being used successfully at the desks in our very own writing center. We hope, too, that these conversations will orient our TAs and ourselves toward action, so that when we recognize a gap between values and practice, we can confidently and deliberately bridge it.

Jana, Tiffany. “The Differences Between Allies, Accomplices & Co-Conspirators May Surprise You.” An Injustice Mag, 8 February 2021, https://aninjusticemag.com/the-differences-between-allies-accomplices-co-conspirators-may-surprise-you-d3fc7fe29c.

Gabrielle Isabel Kelenyi is the TA Coordinator of Multicultural & Social Justice Initiatives at the Writing Center and a PhD candidate in UW-Madison’s Composition & Rhetoric program where she studies what helps people feel like writers. She is interested in culturally-sustaining literacy pedagogy, participant-centered and community-engaged qualitative methods, and multicultural and social justice writing program administration.

Seth Umbaugh is TA Assistant Director of the Writing Center and a Ph.D candidate in Literary Studies at UW-Madison. His work considers representations of race and interracial solidarity in 20th Century U.S. Proletarian Literature.

2 Replies to “Allyship & Co-Conspiracy in an Antiracist Writing Center”